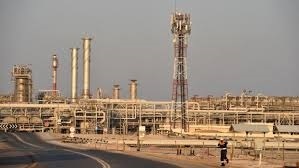 Coronavirus continues to dominate headlines. But now, there’s a new contender in the ring for what’s driving the markets – the Oil War between Saudi Arabia and Russia. What, exactly, are these two countries squabbling about, you ask? And why does it matter to markets over here?

I’ll tell you. As your financial advisor, there are two topics I want to quickly cover with you in this message. First is the Oil War that broke out over the weekend. Second is the possibility of a bear market.

Monday, March 9th. Brent crude, a type of oil that serves as a benchmark for global oil prices, plummeted 24%, the largest one-day drop since the Gulf War in 1991.1 That’s a fifth of their total value, and it immediately sent markets into a frenzy. Oil prices also fell on Wednesday.2

Why are prices dropping so fast? Well, oil prices had already been suffering a rough year thanks to the coronavirus. As of this writing, there are now over 121,000 cases in the world, over 1,000 of which are in the United States.3 Entire cities have been put on lockdown. Certain industries, especially travel and transportation, have seen business plummet. Since fewer people are traveling, and fewer goods are being transported, there is much less demand for oil. Nowhere is this truer than in China. Normally the world’s largest oil importer, many of China’s factories and refineries have shut down, which means their need for oil is at a low ebb.

As we know from the law of supply and demand, when there’s more supply of something than there is demand for it, prices will fall.

So far, so simple. But the story took a twist over the weekend. Now, we’ve moved away from bio-economics into the convoluted world of geopolitics.

For some time, the two nations have been in talks over cutting oil production in order to stabilize prices. (Again, when supply exceeds demand, prices fall. When that happens, an obvious first step is to cut supply.) But the two nations were unable to agree on how to do so, and talks fell apart. After Russia rejected Saudi Arabia’s last offer, the latter expressed their displeasure in a very dramatic way. Instead of cutting production to raise prices, Saudi Arabia decided to increaseproduction and cut prices.

Feel free to re-read that last line again if you need to. Like I said, it’s a complicated dance.

From Saudi Arabia’s standpoint, this an opportunity to outcompete Russia. Their reasoning is that if their oil is both more abundant and much cheaper, they can eat into Russia’s market share. But given how much supply is outpacing demand, the result is a nasty shock for the world’s energy industry.

In response, Russia announced they were perfectly happy to pump more oil, too. From their standpoint, this is also an opportunity – an opportunity to compete with the United States. The U.S. has been the world’s largest oil producer since 2018, largely on the backs of fracking companies, which produce shaleoil as opposed to crude. But shale is more expensive to produce than crude, which means the United States is especially sensitive to falling oil prices.

So, now we’re looking at a race to the bottom. In the short term, this Oil War is likely to escalate. Multiple countries have now said they will increase production. The result is that the world’s markets will be flooded with more of the black stuff, at a time when the world’s people need it less and less.

So, what does this mean for you and me? Well, for starters, we’re likely to see lower gas prices at the pump. But it also means hard times for two different groups: energy companies and a variety of nations, each of which relies on higher oil prices for the bulk of their revenue. The last time oil prices crashed this dramatically, in 2014, energy stocks got hammered, and many companies had to lay off thousands of workers.4

All this means that global markets, already beset by the coronavirus, will now have even more volatility to contend with.

The next bear market

We’re no strangers to volatility in 2020, are we, «Salutation»? But all this volatility has brought us closer to something we haven’t seen in a long time: a bear market.

Most experts define a bear markets as a 20% drop from a recent peak. The S&P 500’s most recent record high was on February 19th.5 Since then, the markets, which have swung dramatically on a daily basis, have inched ever closer to that -20% mark. On Monday, March 9th, stocks experienced their "largest one-day plunge since 2008."5 (Coincidentally, Monday also marked the 11th anniversary of our current bull market, the longest in history.) On Wednesday, March 11th, stocks dived again. In fact, as of this writing, the Dow is right on the edge of a bear market, although it remains to be seen whether it will stay there.6

But let’s say that we do enter a bear market, and it lasts for some time. I expect you already know this, but I’ll say it anyway, because it’s critical for investors to remember:

They aren’t fun, sure, but they are normal. On average, we tend to see a major bear market once or twice each decade. It’s now been 11 years since the last one, which means we are overdue. Think of it like getting sick. No one wants to get sick, of course, and we do everything we can to avoid it. But we all know it will happen eventually. When it does, we do our best to take care of ourselves, knowing that we’ll feel lousy for a while…but that eventually, we’ll recover. And when we do, it’s usually as if we were never sick in the first place!

Right now, the markets are sick. There’s certainly a chance that things will get worse before they get better. But they will get better at some point! Our job is to take care of ourselves until they do. This means we should continue to hold to our long-term strategy and not overreact to short-term symptoms. Just like you don’t quit your job, or sell your house, or move away, or do something equally drastic when you get sick, we won’t do anything drastic just because the markets are sick.

Make no mistake: Between coronavirus and the Oil War, we’re probably going to see both volatility and unpleasant headlines for some time. A bear market is certainly a strong possibility. A global recession is a possibility, too. That means my team and I will continue working overtime to monitor the situation and manage your risk as best we can. But while the cause of a bear market changes every time, the symptoms are largely predictable. As your financial advisor, I’ve been through many of them – and we’ve always come out the other side! We’ll do it again.

Now, I’ll finish this message by reminding you of one more thing that you already know: I am always here for you! Do you have questions? Concerns? Tell me about them! Feel free to shoot me an email or call my office to set an appointment if you want to speak. I love hearing from you.  scott@gfgadvisor.com, wayne@gfgadvisor.com, 203-453-3458.

In the meantime, we’ll keep manning the fort. Have a great week!